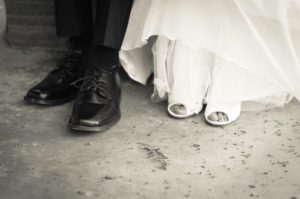 Sometimes there’s one moment in time that changes all the rest. Of course, the moment of meeting the man who one day becomes your husband is monumental. However, as relationships grow and develop, there are often other moments that become cornerstones of change.

It was Sunday, November 1, 2015. I was giddy with excitement as I prepared for church, because my boyfriend of just a little over a month was coming to church with me for the first time! I was playing violin with the worship team that day, so I was up extra early. And just before I left the house, I received a text from Steve saying that he needed to talk to me in person about why he hadn’t responded to a text I had sent earlier that week. I was instantly nervous. Our relationship was still so vulnerable as we were feeling each other out and learning about each other. We still wondered constantly, “Will he still like me if he knows about ___?” “Is she going to continue to date me?”

The text was one that I had sent during a conversation about our relationship. Steve was somewhat questioning if we were in the same “league.” I could tell that he was feeling a bit insecure because he didn’t seem to fit the mold for what is popularly accepted to be “attractive.” You see, Steve was born with bad vision and a crossed eye, which dramatically affected the way people viewed him and the way they interacted with him. And yet I was attracted to him, and I wanted him to know it. So I responded, “Well, you are the most respectful gentleman I think I’ve ever met. I feel comfortable with you, and you make me feel special. I find that very attractive.” And there had been no response.

Now that he had gotten up the courage to talk to me, I worried that something about what I said had made him question our relationship further. I didn’t want to lose this. I wondered as I made it through worship practice that Sunday morning. I wondered as I sat through Sunday school. I wondered as I hurried to the church lobby to find Steve there waiting for me. I wondered so much that I barely let him get out a “hello” before I ushered him outside the church to a quiet spot where we could talk. We sat down on a stone bench just to the side of the front door. And I looked up into his deep brown eyes with worried expectation.

But as soon as he began to speak, my heart started racing with joyful amazement as the puzzle pieces of both our lives started fitting together. It turns out that my text had nearly brought him to tears. Because for YEARS he had prayed that God would provide a wife for him; He had prayed specifically for a godly woman who is patient and gentle and gracious. In all of his dating experience not one girl had ever recognized his value like he could tell I did. I was different and special. I was patient and gentle and gracious. So when I sent him that text, he was pretty blown away and realized in that moment that God had finally started answering his prayers!

All at once I could see Steve’s genuine relationship with God, the depth of his faith, and the transparency he had offered me. He had opened his heart to share with me exactly what he thought of our relationship and where he saw that it might lead in the future. And I was not afraid, I was not upset. I was filled with gratitude and great joy. For I knew in that moment that here on this bench by my side was the man God was going to give me as my husband. I had waited for a moment like this. I had waited for a man like this. And here he was.

I was instantly reminded of two of my own prayers only a few months earlier. Just before meeting Steve, there were two distinct times when I was overcome with my desire to be married. Though I had learned to find great contentment in singleness, I could not deny the deep desire within me for marriage. And so I had not suppressed my feelings; I had allowed this desire of my heart to cry out to the Lord, and I had specifically asked the Lord to give me a husband. 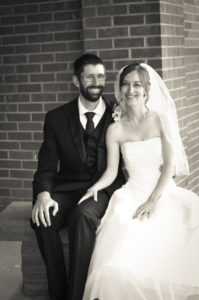 And now here he was, the answer to my prayers, sitting next to me on that bench, sharing with me how God was answering his prayers. What a moment that I will never forget! Seven short months later we were married at that same church. And though we were rushed because of an impending thunderstorm, we sat on that bench one more time — this time in the complete and joyful fulfillment of our desires and prayers.

One Response to The Bench