A New Kind of School Year 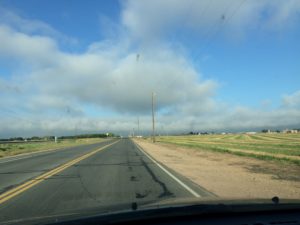 This past year I moved from teaching 4th/5th graders in a rural public school to teaching K-5th grade homeschoolers in the heart of the Denver Tech Center. Instead of a peaceful drive surrounded by cornfields and farm animals, I battled spots of slow traffic on 3 lane busy streets and the infamous I-25. It’s not what I originally had in mind for my new job, but God miraculously dropped it in my lap and it’s exactly where I’m meant to be. 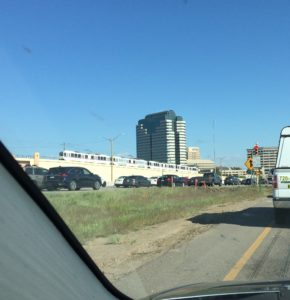 I remember feeling at first as if this job was not as meaningful or valuable as my past teaching positions. Instead of having a classroom of students to bond with day in and day out as a “family,” I had small groups of students that cycled through my room for only an hour at a time. Instead of teaching Reading, Writing, and Math — cornerstones for creating well-rounded, intellectual individuals — I was teaching Music and Fun, which didn’t seem as important or life-changing. 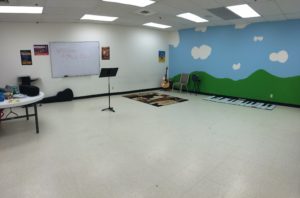 Fridays were a discouragement at first, as my classes were so small. In the first few weeks, both my 5th grade and 2nd grade classes dwindled to ZERO students (so two solid hours of no students — which is quite a bit less appreciated when you only teach two days a week), and my Friday violin class started out with only one student (later to become two), which was quite different than my eight violin student class on Mondays.

But I did bond with my students, particularly my Monday 5th graders, who were such a dynamic, creative, fun, and sometimes challenging group — who every day asked how Toby and Lily were getting along because I told them on the first day of school that they could journey with me and watch their growth as cat buddies. I shared life with my students in conversation, and also saw them grow as creative, musical individuals. At the beginning of the year, my 2nd and 3rd graders couldn’t hold their own while playing a part. But by the end, we had five different parts going at once! 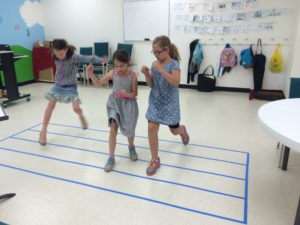 My 4th graders were so musically talented, and I allowed them to veer off my plans because the results were so amazing. One day I had taught one student to play chords (triads), another learned the recorder part on piano, and a third got out her violin to play along! I only had one 4th grader on Mondays, but she’s a real sweetheart. We made recordings of some parts to play along with and often went to perform for the art teacher across the hall when she was on break. 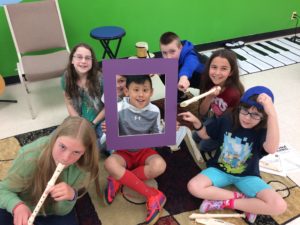 And my 5th graders… They loved every song we learned and begged me to make recordings of them playing and then e-mail it to them. All year they were thinking about what song we should perform at the next talent show, and every song we learned trumped the last. They finally chose Old MacDonald; came up with an added drum, violin, and xylophone part; and wrote their own lyrics to fit Graduation Day! The boys were often unenthused, but I tried to find ways to help them enjoy class. Like the day that they “fought” over a hat, sneakily and skillfully stealing it from each other in between playing recorder and singing. ;) Two of my 5th grade girls came to visit me every Monday morning before school started just to tell me things and talk a bit. 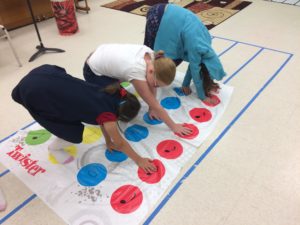 And then there were the 5 minute rewards! I put it in place because my 5th graders were so talkative and unfocused some of the time. So on the board every class I wrote Class and Mrs. Turner. The class earned points for good behavior, and bad behavior gave me points. If they won by the end of class, they got to choose a 5 minute reward. Their favorites were Musical Twister (Twister with a Twist! ;), Musical Corners (my own musical version of the game Four Corners) and the good ole traditional Musical Chairs. One of my 5th grade girls would often play “Peanuts” or another song on the piano for the students to dance around to.

And I found a fun way to use some of my time off on Fridays — I added kindergarten! (I already taught a kindergarten class on Mondays, but the Friday schedule didn’t originally allow it.) I’ve never taught kindergarten before, but both Monday and Friday kinders were favorites of mine! 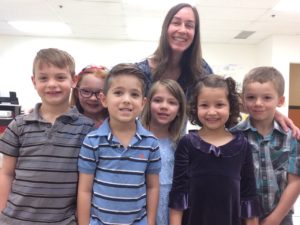 A few times I was recruited to fill in as a sub during my off hours on Fridays. I got to teach World Geography one day, Spanish another, and sometimes I would just welcome students in to join my music class, which was super fun! My favorite was the day I had all the Friday 4th graders. These boys can be pretty naughty and off-task. I hear them all rowdy across the hall in art every week, and I’ve heard the teachers complaining. So I started with clear expectations and kept points for a 5 minute reward. They were amazing and so much fun! I had them rhythmically speaking a tongue twister with different body percussion for each rhythm, they each got to come up to the board and contribute some music note writing to our piece, and by the end of class they were all singing and playing recorders (which I then took home to run through the dishwasher ;) .

This year was definitely different from any other year of teaching I’ve had so far, but it was no less memorable! 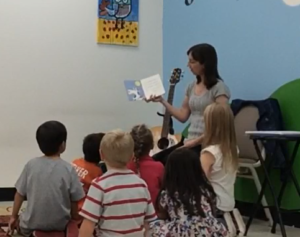 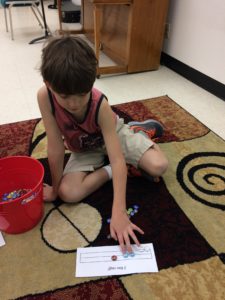 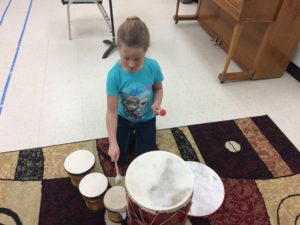 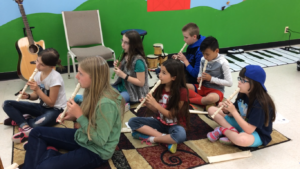 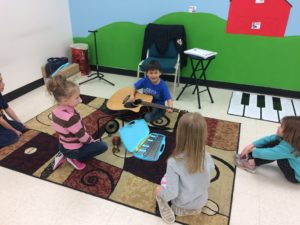 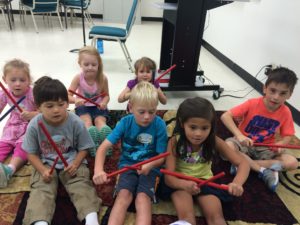 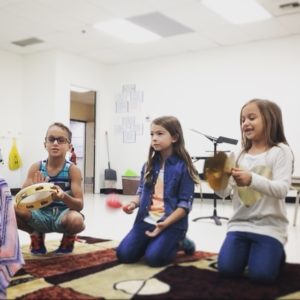 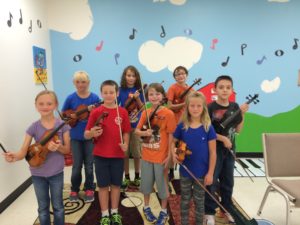 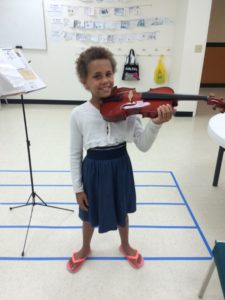 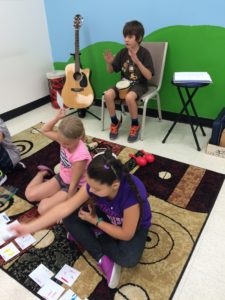 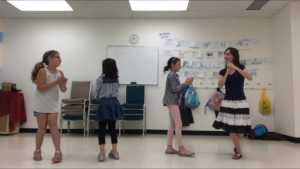 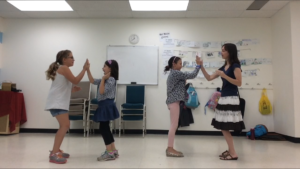 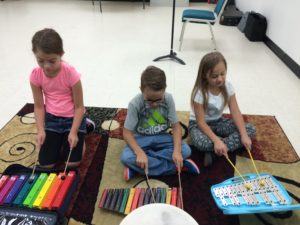 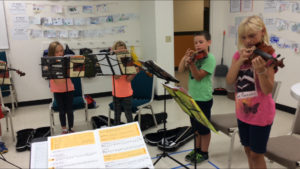 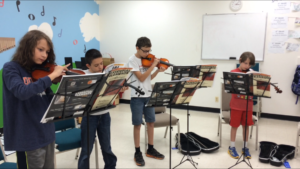 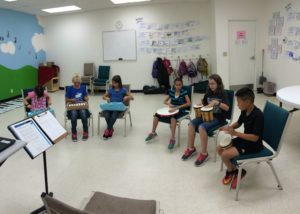 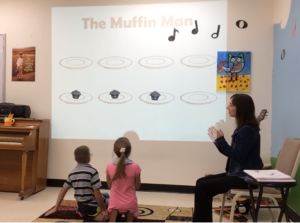 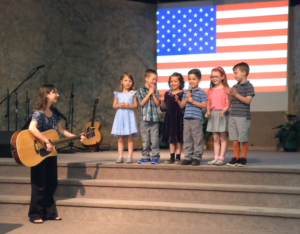 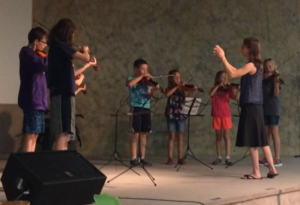 2 Responses to A New Kind of School Year