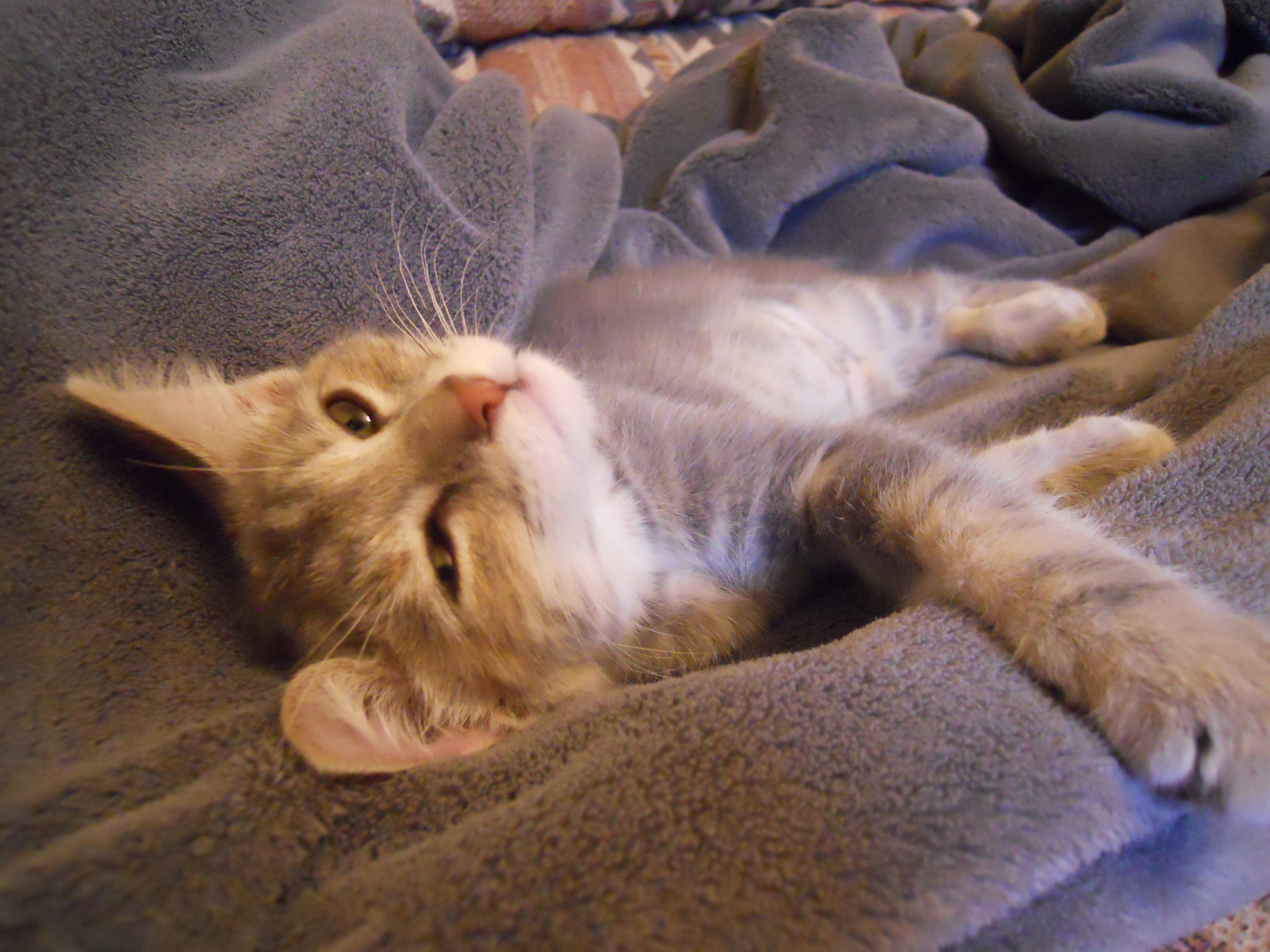 Back in January I decided that I wanted to get a cat for a pet. I’ve never had one before, but several friends had convinced me that cats are great pets. I performed a cute piece called “Catcerto” with the Longmont Symphony in January, which was what originally brought up the topic of cats. As it turned out, most of the violinists were cat lovers and owned at least one! Somehow I was missing out on part of the violinist stereotype… ;)

I decided to adopt a kitten this summer as soon as I moved into my condo. God provided abundantly, above and beyond what I would have asked for. The first 2 kittens my friend received to foster were gray, which was my first choice. Not only that, but they had wonderful personalities. And so, Lily came into my life. She has to be the most affectionate and loyal kitty of all time. She loves to cuddle and purr like crazy. She follows me around the house. She is the best companion I could have right now. I am thankful that the Lord provided her as my “roommate” for this season.