For years we had been waiting and praying. It seemed as if maybe God’s plan was for us to live lives of singleness for His glory. However, on September 25, 2015, Chris and Lyssa Jones organized a double date to introduce me to a man named Steve Turner. “You two just need to meet!” was what they said. Steve and I first shook hands in the middle of Dickey’s BBQ in Greeley where we ate dinner with Chris and Lyssa before heading back to their house to play games and relax outside by a fire in the fire pit. We spent five hours together that night. We both immediately felt comfortable around each other and enjoyed being together.

Steve came to see me play violin in the Longmont Symphony the very next weekend — and ended up meeting my parents! Week after week Steve continued to pursue me, and we continued getting together on dates — a day trip to Estes Park, dinner and a live improv comedy, a romantic evening at a French bistro… It was not only an instant connection with each other, but also when we met each other’s families. Everyone seemed to see that we were perfect for each other. We are alike in so many ways, yet different so that we complement one another.

Toward the beginning of November, Steve shared with me that he cared very much about me and could see us ending up together…as husband and wife. Amazingly, just days before I had realized that I could not imagine a future without Steve. So we continued to spend time together, sharing life together. We have enjoyed every stage of our relationship getting to know each other, and by God’s grace, we have grown very close.

On January 16, Chris and Lyssa had us over to their house for another double date…or so I thought. When we arrived, the hallway was lined with candles, roses, and glowing lights. Steve led me on a path of red rose petals through the house and outside where the rose petals were sprinkled across the snow leading to two chairs in front of a fire in the fire pit. Just like the night we first met. Steve expressed his deep love and commitment to me. He knelt down in the snow and asked me to spend the rest of my life with him. Without hesitation I answered, “Yes!” as Steve placed a beautiful diamond ring on my finger.

We have waited for God’s provision, and He has answered abundantly beyond what we could imagine! It has been an exciting year, and we so very gratefully look forward to the Lord’s faithful blessings for our future! 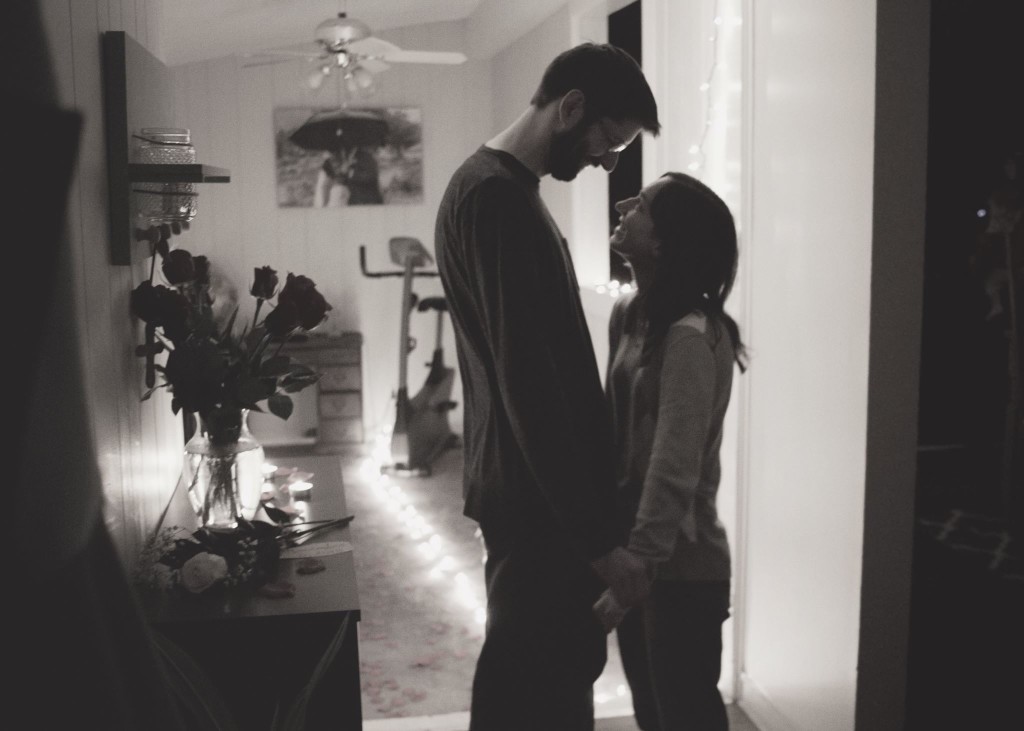 2 Responses to Waiting for God’s Provision