There’s so much pressure put on teachers these days. CSAP and TCAP are a thing of the past, yet the scores still impact us as teachers. The PARCC test is now looming over everyone’s heads and there is pressure to “teach to the test”–and only to the test, because that’s what’s important. Senate Bill 191 is now officially in place, which means that teachers are “graded” according to a lengthy rubric. Half of the grade is from the teacher’s own performance. The other half? It comes from how the students perform. So…in a sense, your job is in the hands of your students.

With all this pressure, it’s easy to become discouraged and feel as if you aren’t a good teacher at all. But then there are the kids. The things they say and do make you realize that it’s not only about test scores and performance. It’s about life and learning. The first week of school was filled with many memorable moments in between all the academics.

–Many of my 5th graders were lined up to give me hugs at the end of the first day.

–One student declared, “Even though it’s only the first day, I can already tell you’re going to be a great teacher!”

–My boys think their teacher is “awesome!” …simply because I can touch my tongue to my nose.

–At the end of the second day when I was feeling a bit overwhelmed by everything, one of my sweet girls came up to me and said, “Miss Agee, thank you for a great day today.”

–After I counted to 10 in French, one boy shouted out, “Teach us!” So we paused for a French counting lesson.

–On Thursday morning, one student brought me a beautiful flower–just because. 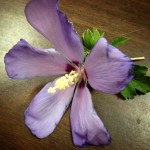 –I had a conversation with one of my tough behavior kids (and his mom) about him being a leader for our class. I told him how impressed I am with his hard work already, but encouraged him to think about his behavior because the other kids look to him and follow what he is doing. He seems to misbehave because he’s searching for attention. The next day, I discovered that he was bragging “on and on and on” to his best friend about how he loves Miss Agee and how she loves him back, too! And so far, his behavior has improved…

–We have a monolingual Spanish speaker in 5th grade. Yesterday she was explaining something to me in Spanish. Even though I don’t speak Spanish, I recognized some words and got the gist of what she was saying because of context. I responded to her in English, and a nearby student said with amazement, “Miss Agee, YOU KNOW SPANISH??!!”

–I always give a Miss Agee Trivia quiz at the beginning of the year: 10 statements about me that are True or False. Then I go through the answers and show the class pictures to tell them about myself. Afterwards, I handed each student an index card and had them create their own trivia quiz and we took turns guessing True or False for their statements. One girl stood up and read her statement, “Natalie loves being in Miss Agee’s class.” TRUE.

–I’m teaching some strategies for peace-making in my classroom this year. We examined an illustration that showed the different ways to respond to conflict, and we had a good discussion about how hard it can be to make the right choices when you disagree with someone.

–For our read-aloud time, we came up with 5 qualities of a good listener so that everyone knows what is expected when sitting in the reading corner. Everyday we reviewed the expectations, and everyday the same student raised her hand to ask if it is also ok to close your eyes if you want to picture the story in your head (since good listeners should have their eyes on the speaker). Of course that is fine, too. I guess she had to make sure the expectations haven’t changed. ;)

–Since it was raining, we had indoor recess yesterday. The kids loved playing with the board games and puzzles from the game cupboard. And I just sat and played checkers with one of the boys while it rained and thundered outside.

–Even the boys can be such sweethearts. At the end of our first Friday, I received a hug from one of my students before he left for the weekend.

After reflecting on the week, I’ve realized that my goal in teaching is not to get my students to score high on a performance test. I value academics just as much as any teacher, and I do consider the test when I prepare lesson to teach. But real life is more important. The kids aren’t concerned about the dark cloud of testing and educational standards that looms over the school system. They care about the little things. And if my aim is to prepare my students for their real lives, then they will also perform well on a test.